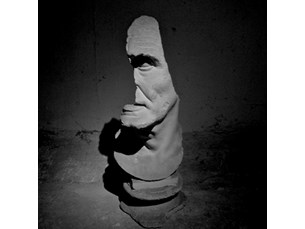 At its fourth edition, each year the Theatre of Exhibitions has presented projects of the artists and scholars in residence at Villa Medici. The 2013 edition, cureted by Ludovico Pratesi and titled Roma città aperta , is centered on the idea of interaction between the French Academy and the city of Rome; it is intended as a moment to reflect upon the interpretation of memory. On 24 September at 7 p.m., Roma città aperta ( Rome, Open City ) will open with a work by film director Chiara Malta , dealing with an interpretation of memory half way between reality and legend. Nora Martirosyan ’s video, Territoria. La reconstruction de la guerre à partir des espaces physiques ( Territoria. A Reconstruction of the War Starting from the Physical Spaces) recounts the contradictory realities of a nation situated between Azerbaijan and Armenia, which had proclaimed its independence in 1996, but has not been recognized by any State. At 7:30 p.m. will start Plan de situation #7 Consolat-Mirabeau , a performance by Till Roeskens , which traces the perimeter of a quarter in Marseilles through the tales of its residents. At 8 p.m. Emmanuelle Pagano will make a reading and present a series of documents related to the drafting of a novel that takes place partly at the mouth of the Tiber River, in a marginal territory on the outskirts of Rome which has seen strong social conflicts, analyzed by urbanist Paula Filipe de Jesus together with architect Francesco Careri. In the Michel Piccoli cinema hall at 9 p.m. there will be the Roma città aperta meeting , dedicated to the reconstruction of memories amid history and contemporaneity, based on the analysis of issues which have come to light in the projects presented at the Academy of France. There will be present: Francesco Careri , Alvin Curran , Paula Filipe de Jesus , Claudio Giovannesi , Régis Hébraud , Fausto Paravidino , Sandra Petrignani. At 6:30 p.m. on 25 September , the garden of Villa Medici will host the choreographic action of Agnès Chekroun , centered on hospitality in relation to the body and individual and collective space, followed at 7:15 by the presentation of visual artist Théo Mercier ’sprojects in collaboration with restorer of sculpture Pascale Roumégoux in the Atelier del Bosco, transformed into a workshop in progress, where restoration encounters contemporary art. In the Loggia, photographer Malik Nejmi investigates the relationship between the Senegalese community and the city of Rome. At the same time, designer Felipe Ribon invites the public to take part in a paranormal divinatory experience in the ‘Petit Atelier’. 8:30 p.m. is the starting time for Cartoline romane (Roman Postcards), a musical action dedicated to Rome by American composer Alvin Curran, invited by art historian and musicologist David Sanson . The closing event at 9:30 p.m. in the Grand Salon, is Studi sulla Notte , a musical intermezzo by Laurent Durupt, consisting of a dialogue between the Links Duo (piano and percussion), a video by Emanuele Becheri and the improvisations of Massimo Carrozzo. 24 September 7 p.m-10:30 p.m. 25 September 6:30 p.m-11 p.m. Free entrance